Age is Never A Reason to Refuse Yoga!

Speaking of yoga, many people think that it is a young people's sport, but there is such a lady, who is 76 years old, not only keen on practicing yoga, but also runs free yoga classes, leading a large number of elderly people to love yoga. 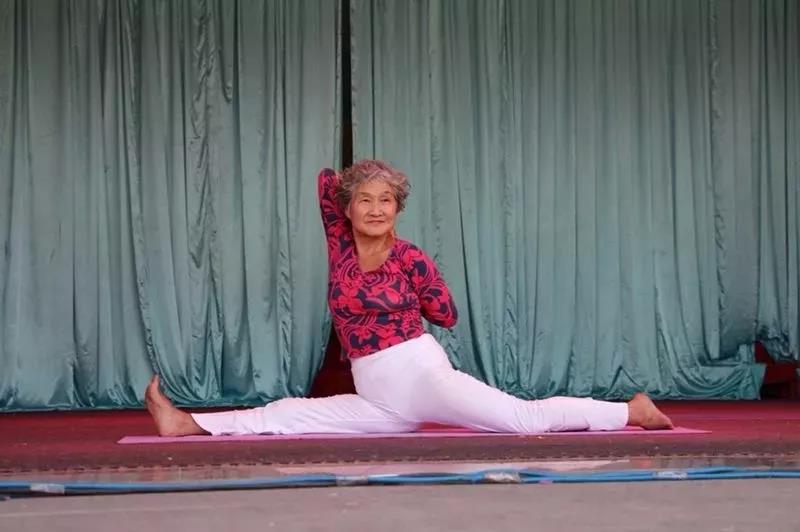 Mrs Hu's relationship with yoga dates back to 2007. Since retirement, Mrs Hu's health has become worse and worse, and she has fallen ill all over the body.

When Mrs Hu went to the hospital to see a doctor by chance, the doctor told her that she could try yoga exercise, which might be effective for chronic diseases such as cervical spondylosis and arthritis.

Hence, Mrs Hu began to practise yoga in her 60s. She has been practicing yoga for more than 10 years, no matter in hot summer or cold winter. 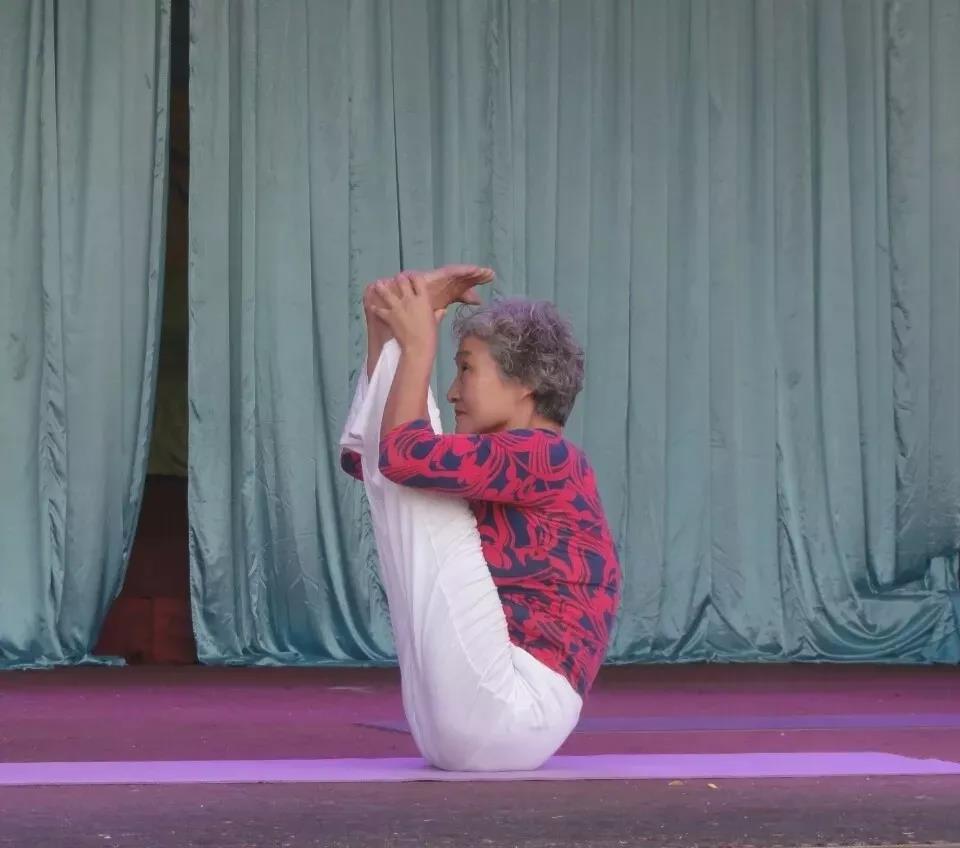 At the beginning of learning yoga, Mrs Hu is also very strange, but Mrs Hu, who loves learning, has always believed in the concept of “life goes on, learning goes on”.

Over the years, Mrs Hu not only cured her geriatric disease, but even Mrs Hu's husband said, "Mrs Hu's temper was irritable, but now she became calm after practicing yoga, and also do not care about small things”.

Mrs Hu also runs a public yoga class for the elderly, who are over half a century old, and do not charge any money. 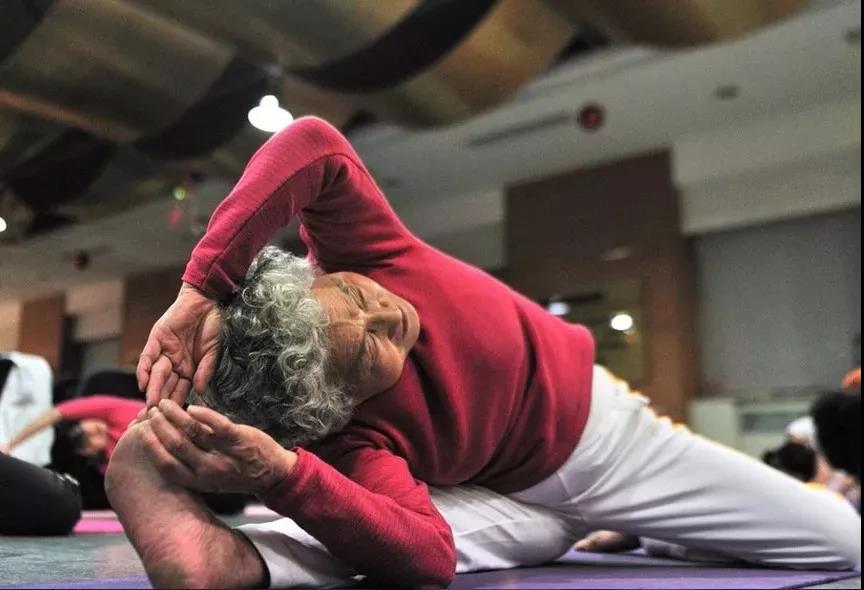 Every time she practices, Mrs Hu personally demonstrates for her disciples. In order to keep improving, she also insists on studying in a professional yoga studio, "there is learning only progress!" she said. 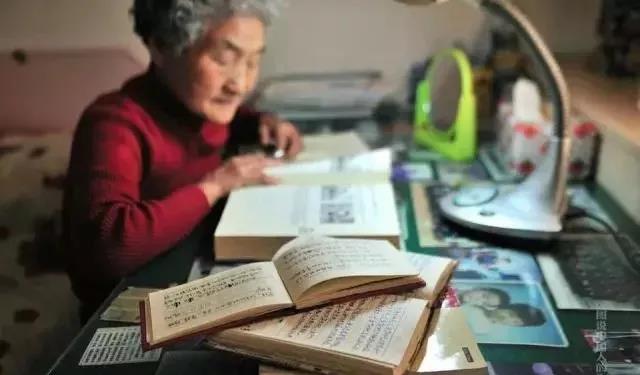 Mrs Hu reminded us that "the flexibility of the elderly began to decline and most people have cervical and lumbar vertebrae problems, practicing yoga should be based on their own physical fitness to carry out, appropriate to stop and never force a movement when you feel pain." 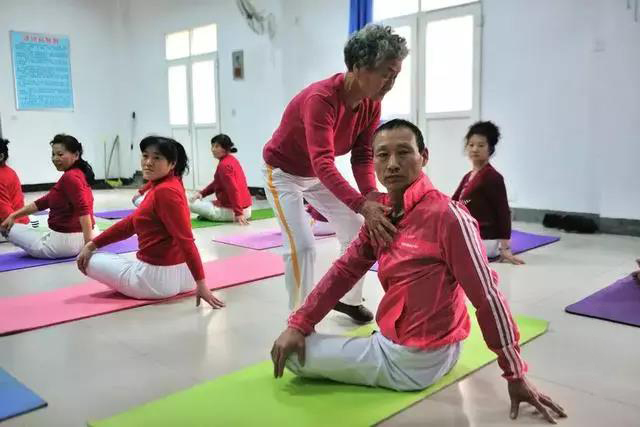 At present, Mrs Hu has four free yoga classes. Many people know that she is an old Yoga lady who has come to admire her name. Among Mrs Hu's students, the youngest is 53 years old and the oldest is 73 years old. 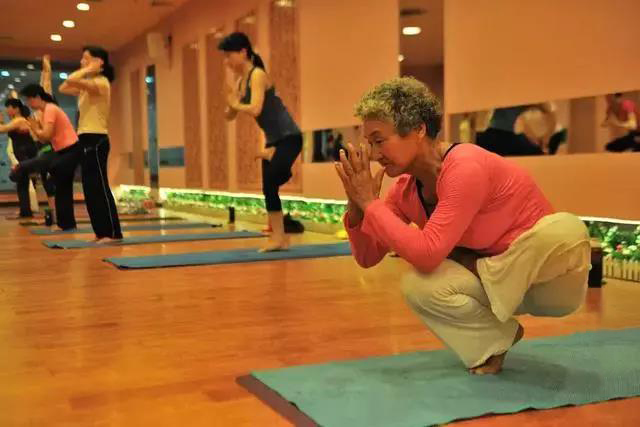 Grandma Hu used her own yoga experience and action to prove that age is never the reason to refuse yoga!

Seeing this, we have to praise Mrs Hu and the old Yoga people around her! 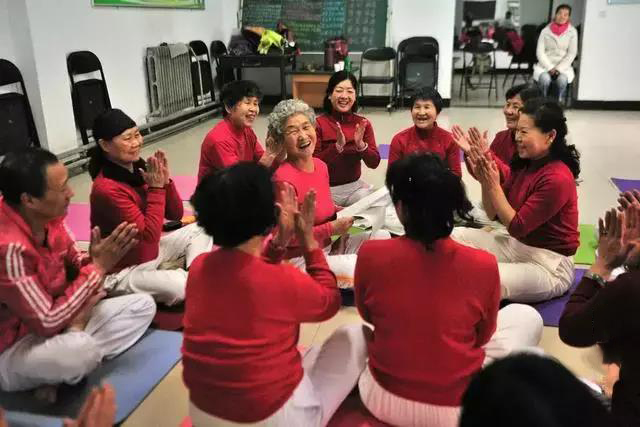 Maintain elegant posture and young mentality, even if the white hair,  can still live very wonderful! As long as you live with attitude, no matter how old you are, you are young! 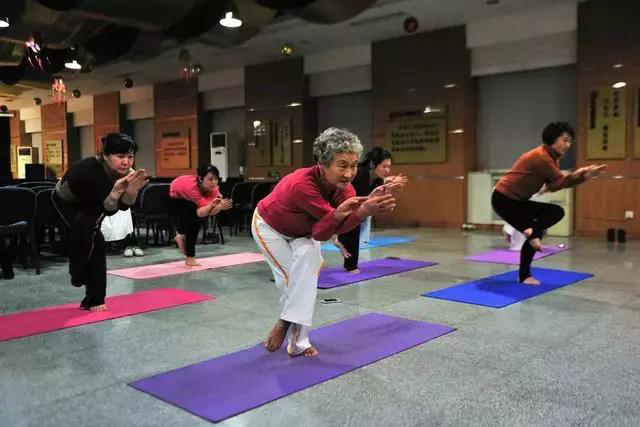