Exposure! Experienced scams when I helped customer to purchase! This liar is definitely a veteran of foreign trade!

This liar is definitely a veteran of foreign trade. It was impossible to arrange it so carefully without many years of experience.

G, an old Portuguese client, has been working with me on yoga products, yoga accessories, sport wear, etc. for many years. I have also visited Portugal on a special trip. I enjoy working with him.

Last year he needed to purchase paraffin wax, and then posted the purchase information online. Here is a company from Linyi, Shandong Province (Shandong * ** Import and Export Co., Ltd.), the price was about five points cheaper than that of his peers and replied email quickly. G sent me the information about the company and asked me to assist in the purchase.

So I got in touch with A, the salesman of this Shandong company, talking about the price, parameters, the number of cabinets and so on. Through communication, I feel that it was really an veteran in this industry, and quite professional, we also added WeChat. She sent the product picture, the workshop picture, the business license and the export customs declaration certificate to me.

I checked on the Internet for information about this company, then I told G, there was no problem to work with this company.

I have helped G to buy other products before, he paid to my account, and then I paid the supplier.This time was the same, A gave me the account number.

G felt that the price was good and intended to order five cabinets at a time, 100 tons of goods. A replied as follows:

1) If 100MT, when we got your payment in advance,we would prepare for you,if everything is well, maybe 14 day at most.But depends on the quantity of order in factory.

2) I know as first cooperation,if 100ton,it's large quantity,you must be very worry.So if you want buy, you could purchase 20MT as trial order.I believe after first cooperate,you must know us.

3)No matter who cooperate with you,hope you have a good business.

Thanks, hope you could understand us.

I didn't realize the liar was not bold, G wanted to buy five containers, but she only dared to accept the order for only one container.

Then G contacted A, and wanted me to visit her factory, and A replied.

Visiting our factory, we are very glad. But if your agent visit, we can't let him see product line. If you come, everywhere  is no problem. Because before one agent says visit, but steal recipe of product, then he product for one customer with the lowest price...so after that, we only accept our customer himself visit.

They only accepted direct visits from foreign customers, refused domestic agents, afraid of stealing his formula, and then go to other factories to reduce prices.

Because they were afraid that her formula will be stolen and then go to another factory to lower the price.

This also sounded reasonable. G made a contract with them and confirmed the goods as follows: 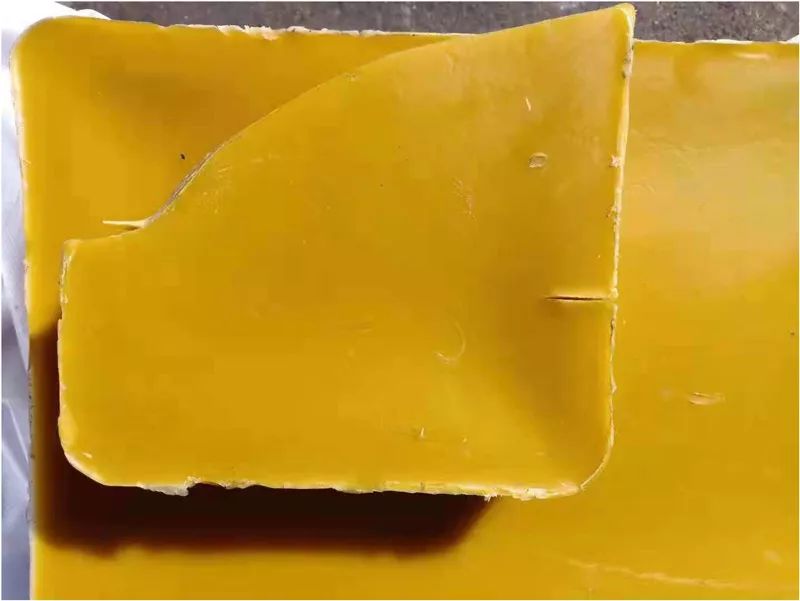 Paid a deposit of 30,000 RMB and delivered the goods in 7 / 10 days in the contract. But the supplier delayed again and again, informed us the goods more than a month later that they were ready, sent a video of the goods done, and took pictures. I arranged the final payment and loaded the container in Qingdao Port in two days.

Because the clause is FOB Qingdao, the local fee charged by freight forwarders is more than 2000 RMB, which requires Shandong * Import and Export Co., Ltd.. to paid, but they didn't pay until the goods arrived at the port. I have called many times, either that there was no money on the account, or that they must pay on Friday and have applied with their boss. So I have been procrastinating. As the goods arrived at port, I advanced the goods so that the customers could take delivery of goods early.

After G picking up goods, he opened the container and found that it was not the goods we ordered at all. He sent pictures and videos to me. 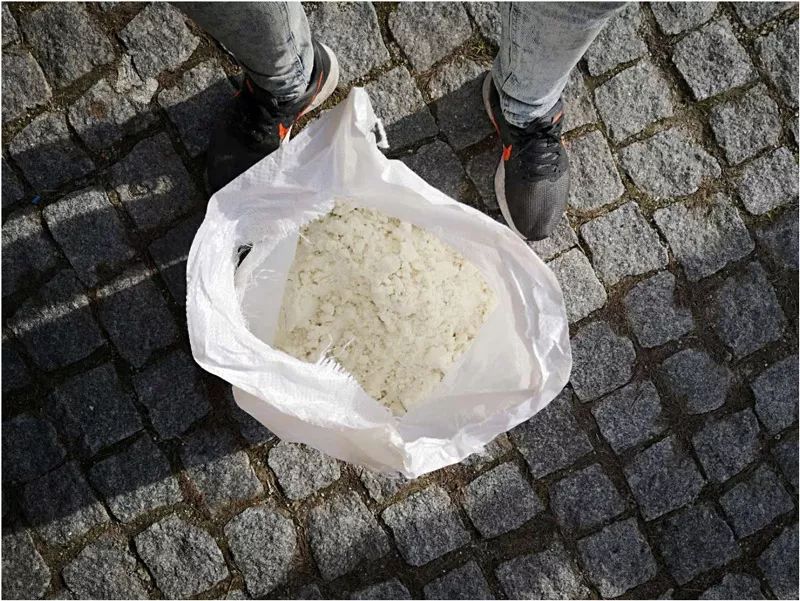 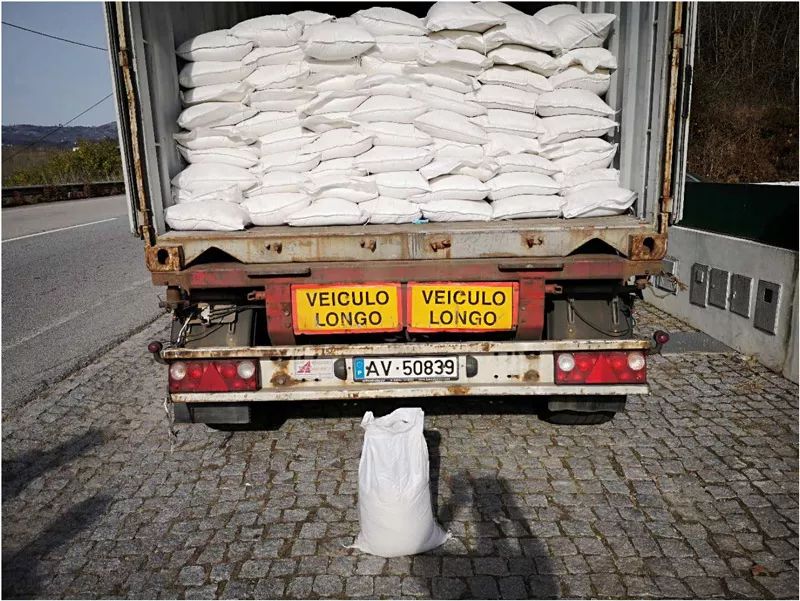 We ordered paraffin wax but received white lime! It is shocking that I have been doing business for so many years! We immediately contacted KShandong * Import and Export Co., Ltd., two mobile phone powered off, WeChat phone calls did not respond, and rejected our emails!

I learned that this was completely a scam, we were defrauded by this company! The total payment plus freight and import and export costs is about $20,000.

We also have a lot of responsibility for loss. G wanted to find cheap suppliers and was exploited by liars. I didn't insist on going to the factory and was blinded by online information. Because I have an inescapable responsibility, I chose to share the loss with G.

I was very angry, reported to the police, consulted a couple of lawyers, but there was little hope of that. Finally, I called the my schoolmate who is a cop, he suggested that I give up, because now China's punishment for the swindler is not serious, and the crime cost of the swindler is not high. Even if the liar is arrested in prison, he will soon be released again.

After think about it, I accepted his suggestion and chose to give up.

G and I analyzed the course and reason for this deception.

I have posted purchase information on the B2B platform, and several companies have contacted to get my email address. But this company named Shandong * ** Import and Export Co., Ltd. is not registered on the platform. I think they should have registered in the B2B platform under the name of another company, so they could find my email address through the platform. Then contact me with Shandong * ** Import and Export Co., Ltd., which made it impossible for me to trace back from the platform.

According to the analysis, this liar company had a very professional independent website, enterprise mailbox, business license, company account number, business personnel know the product very well, also is very familiar with the foreign trade process, the price was 3 times cheaper than the peer.They know the psychology of the buyer very well.

This is a very professional team, organizers are definitely foreign trade veterans. It was impossible to arrange it so carefully without many years of actual combat experience. I was cheated even I am a Chinese, so I can't imagine how many foreigners were be ripped off.

Such liars usually spend a little money on the ID cards of some elderly people, and then go to register a company and open a company account. Even if the police catch the legal person, that is, these elderly people, but they are also victims. Neither get back the loss, nor catch the wire-pullers.

In fact, such a mistake can be avoided.

Be sure to do factory inspection

Because any information provided by a liar may be a forgery. Once suppliers are unwilling to accept factory inspection, no matter what excuses, there may be a trick around here, we can not be credulous.

Must go to site supervisor of the first loading

Refuse to load an balance payment if it is found that it is not the product required in the contract. If you just ask suppliers to send pictures or videos before loading, the information they provide may not be the same as the actual shipment. Professional liars have already prepared several measures for anything you can think of.

Because of the existence of such swindlers, the transaction costs between us and foreign customers are getting higher and higher, and it is more and more difficult to build trust. So I suggest that, whether it's an old customer or an intentional potential customer, if possible, we should talk to customers face to face, to deepen the understanding of each other, reduce the suspicion, shorten the time for our suspicion and to speed up the efficiency of the turnover rate.

Face to face with customers for a while, let customers see that we are talking and laughing, we are true and reliable suppliers, rather than some illusory name "Amy", "Tom" Lucy "Jack", etc

For me, it taught me a lesson, but it didn't end badly. G has known me for many years, and I shared the part of losses.G will not easily compare prices with other suppliers. He has increased his reliance and trust in me and asked me to find suppliers again. After that, we found a reliable supplier, and now we have exported more than a dozen containers. The loss of being deceived has been earned back.